Find out how to host your organization in a 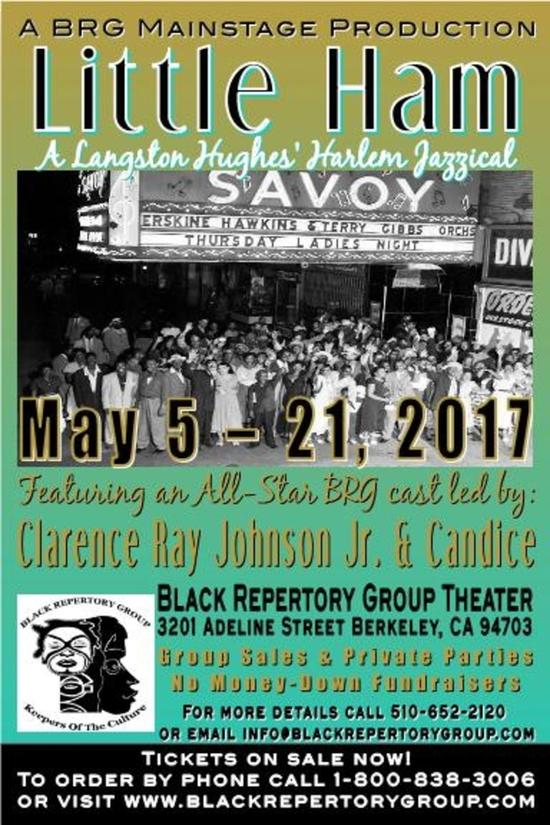 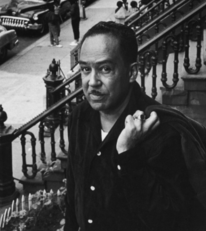 Introducing Berkeley's finest! Commanding the role of 'Tiny Lee' in this production of “Little Ham”. Her appearances on the BRG Stage include: “Amen Corner” as Sister Boxer; “Wine In The Wilderness” as Cynthia and “Misery Loves company : The Stage Play” as Sandra. Special Guest Appearance in “Cabin In The Sky : An Interpretive Rendition” as Georgia Brown and “Mulatto”.

Be on the lookout as Candice spreads her wings and her career soars to new heights. You can see Candice in action in her latest project “Best Friend Blues: The Web Series”.

Oakland Native, BRG Stage Ambassador and seasoned veteran of 17 years, leads the cast as “Little Ham”. His impressive resume boasts several dynamic lead appearances: “Amen Corner” as Lucas Alexander; “Tambourines To Glory” as Big Eyed Buddy Lomax and “Cabin In The Sky : An Interpretive Rendition” as Joseph 'Little Joe' Jackson; “Unforgettable: A Natalie Cole Story” as The Interviewer and “The Wiz” as the Wiz.

Clarence can also been seen in the short film “Peacock” as Enforcer #1. Clarence is also the Acting Director of the BRG Summer Theatrical Day Camp of the Arts.

Come join us as BRG Mainstage Reprises and brings to life this mega-stage production of a timeless classic; Langston Hughes' “Little Ham”. A romantic urban comedy set in 1920s Harlem; based on the original 1935 stage play.

We find a resilient community optimistic about money to be made and thriving on the hustle for money.  An occasional 'hit' is the only economic opportunity for the Harlem residents who parade through Paradise Shining Parlor and Tiny's Beauty Shop.

Everyone is set and ready to go to the Hello Social Club Charleston contest at the Savoy Ballroom.

We need your help to keep our doors open, servicing the youth and keeping the arts alive in our community!
We can and will reopen with your help!
Keepers of the Culture, please support this 57 year old legacy with emergency donations.

Keepers of the Culture Fund​​

Thank you for subscribing to the BRG Buzz. Be on the lookout for you event updates and exclusive deals!

Find out more about the author