Keepers of the Culture Fund

Thank you for subscribing to the BRG Buzz. Be on the lookout for you event updates and exclusive deals!
Spread the word!
SHARE & INVITE 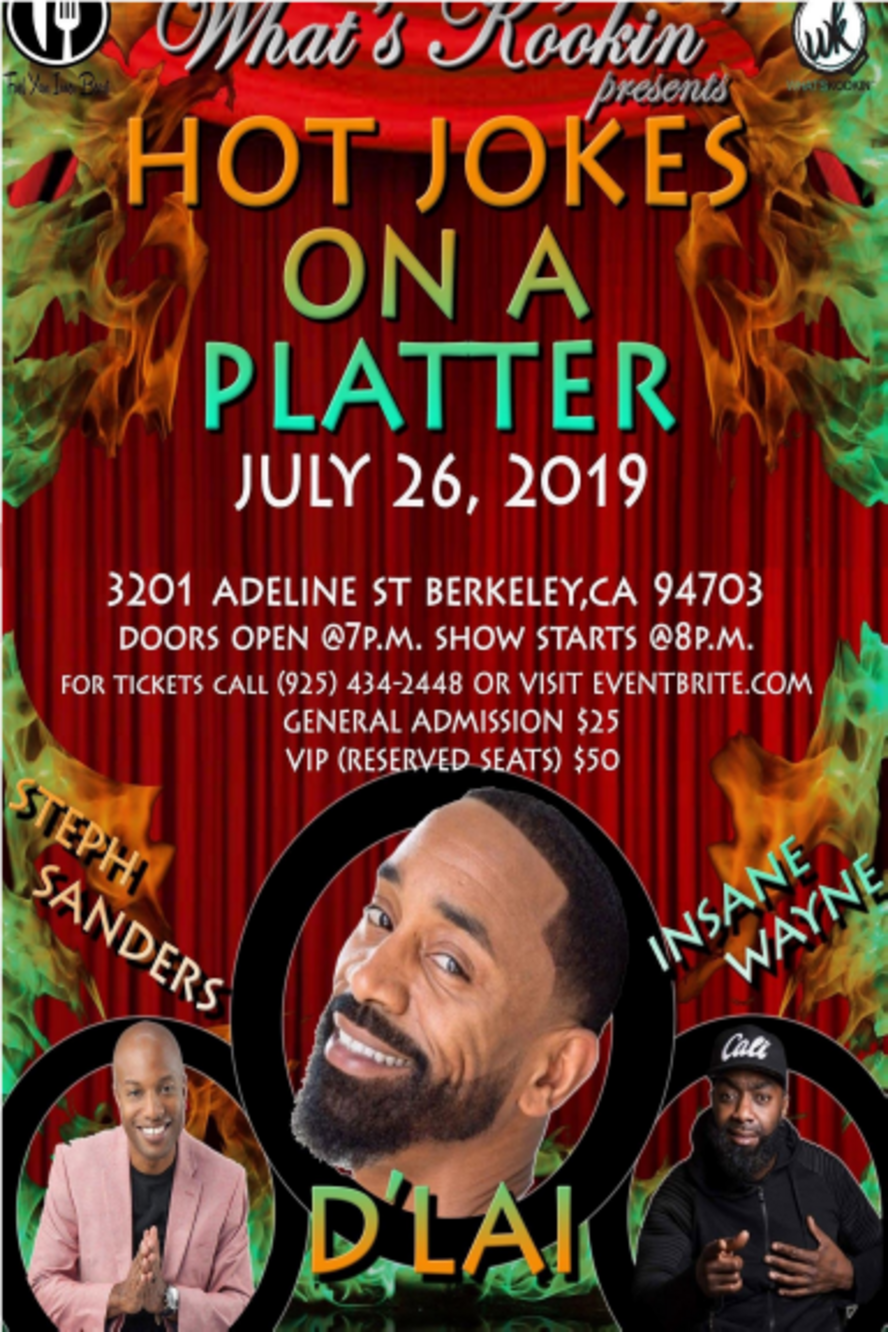 A Summer Comedy Series..."Hot Jokes on a Platter ".

We are up to something here. Headlining the hottest NATIONAL headliners ... As seen on HBO, Showtime, Comedy Central, Comicview NBC & more...

Come and experience up close and personal performances by some of the funniest comics, they are ready to BLAZE the stage.   Headling D'Lai.  Featuring Insane Wayne and Hosting by Steph Sanders.

D'Lai has been referred to as one of the hottest new comedians to watch and is quickly becoming one of the nations most sought after comics. D'Lai has appeared on Showtime, BET, HBO All Def Comedy and Kevin Hart's LOL Network.  His comedic routines are proof that the best comedy often arises from the most challenging circumstances.  He has set an example for many; there is a way to turn painful experiences into positive energy and humor.

So hold on to your seats and sides because these comics are ready to bring the HEAT, and serve up some hot jokes.  Come and see for yourself ... #WhatsKookinPresents

Tickets are on sale now and they are going fast.. this is a show you don't want to miss!

Dessert by Fuel Your Inner Beast

Hot Jokes On A Platter